The Washington Department of Revenue has determined that alarm monitoring service is a Digital Automated Service and, therefore, subject to retail sales tax. This will be in effect on April 1, 2019.

The information can be found at: http://taxpedia.dor.wa.gov/documents/current%20eta/3189.pdf

All traditional alarm monitoring is provided by a regulated facility, a Central Station. For 95% of those facilities, the independent listing agency is Underwriters Laboratories (UL). As a result of the standardization required by UL, all alarm monitoring utilizes the same equipment, the same processes and procedures. Yet, individual auditors issued conflicting rulings regarding the taxability of these revenues.

Alarm monitoring is not an automated service but, rather, is fully dependent on the actions of the alarm operator to respond to the alarm signals received, determine the appropriate action required, make the necessary verification calls to responsible parties, dispatch first responders where appropriate, and make follow-up calls to responsible persons. All of this activity, the service, is performed by human activity, the alarm operator, primarily by telephone communication. It is not an automated procedure.

In December 2018 the DOR issued a revised ETA removing the previous examples that did not sustain their argument and also eliminating the one that correctly described and excluded alarm monitoring from retail sales tax.

Since, 2014, WAESA has been involved in conversations with the DOR. We have invited DOR officials to visit a central station (which they did) and we have had multiple meetings to explain the monitoring process to inform the DOR personnel that monitoring requires more than 50% of human effort to process the alarm signals. We presented a letter from UL and also other letters from a central station and a member who has managed 3 different central stations. These letters explained the amount of human effort to process a signal. The information was not enough to convince the DOR that monitoring should not be taxed as a DAS (Digital Automation Service) which is primarily an electronic service.

WAESA is continuing to pursue this issue through legislation. We have state representatives who have introduced a bill in the State House of Representatives that would exclude traditional alarm monitoring services from retail sales tax. That bill is currently in committee awaiting a hearing. Unfortunately, even if we are successful in getting this bill passed, it would not be effective until July1, 2019. At this point, you must start charging sales tax on your monitoring service invoices beginning April 1, 2019. Also remember that because of this, the B&O reporting classification is now retail and not a service. We will update you if and when we have any new information

The above legislative alert is made possible by WAESA dues-paying members and leadership’s vigilant monitoring of bills and advisories like this one. If you are not a current member and want to continue to receive helpful information like this, please visit our website @WAESA.org for membership information and our application form for your contribution to our efforts to represent our industry. You may also make a contribution to WAESA at https://squareup.com/market/waesa. Thank You!

On Wednesday, July 5, Governor Jay Inslee signed SSB 5975, creating a guaranteed paid family leave program for Washington. The bill, which passed the Washington State Legislature with bipartisan support, was the result of extensive negotiations between the labor community, statewide business organizations and lawmakers.

Under the new program:

In 2007, the state created a family leave program; however, this program did not achieve its potential due to lack of funding.

The Regional Chamber is continuing to gather information on this policy. As more details become available, we will share the information with our members. 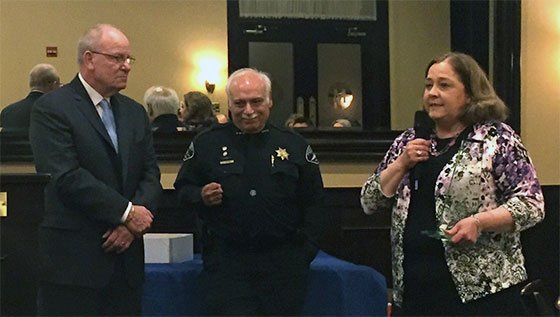 A comprehensive study of five years of statistics by researchers at the Rutgers University School of Criminal Justice (SCJ) in Newark found that residential burglar alarm systems decrease crime. While other studies have concluded that most burglars avoid alarm systems, this is the first study to focus on alarm systems while scientifically ruling out other factors that could have impacted the crime rate.

Researchers concentrated on analyzing crime data provided by the Newark Police Department. “Data showed that a steady decrease in burglaries in Newark between 2001 and 2005 coincided with an increase in the number of registered home burglar alarms,” said study author Dr. Seungmug (a.k.a. Zech) Lee, who received his doctoral degree from SCJ in 2008 and presently teaches at Ohio Northern University in Ada, Ohio. “The study credits the alarms with the decrease in burglaries and the city’s overall crime rate.”

In short, the study found that an installed burglar alarm makes a dwelling less attractive to the would-be and active intruders and protects the home without displacing burglaries to nearby homes.

The study also concluded that the deterrent effect of alarms is felt in the community at large. “

The study was conducted with the cooperation of the Newark Police Department and reviewed five years of police data. The more than 300-page study was conducted over a two-year period and funded by the non-profit Alarm Industry Research and Educational Foundation (AIREF). SCJ Professors George L. Kelling, Marcus Felson and Ronald V. Clarke and Professor Robert D. McCrie of John Jay College of Criminal Justice in New York were members of the study’s Faculty Advisory Committee. Dr. Clarke served as committee chair.

“This is the most comprehensive study of its kind that has ever been conducted,” said Dr. Lee. “By using sophisticated in-depth research techniques, we were able to eliminate the variables that impact crime rates and focus directly on the impact alarm systems have on residential burglaries.

“The study noted that “technology innovations” have increased the availability of home security systems to middle-class homeowners and that technology has made the systems more dependable. “Computers, printed circuits, digital communicators, and microprocessors have refined monitoring and signaling technology, and modern electronic sensors now include ultrasonic, infrared and microwave devices which were formerly available only in more sophisticated commercial and industrial applications,” said Dr. Lee.

Researchers also pointed to an earlier study based on interviews with burglars (“Burglars on the Job 1994,” Northeastern University Press) to support their conclusions. That study concluded, “Most offenders, though, wanted to avoid alarms altogether and, upon encountering such devices, abandoned all thought of attacking the dwelling.

“For more information about “The Impact of Home Burglar Alarm Systems on Residential Burglaries” study, please contact Dr. Lee at 419-772-2597, s-lee.8@onu.edu or ezech0725@gmail.com.

MORE ABOUT THE SCHOOL OF CRIMINAL JUSTICE

Rutgers School of Criminal Justice (SCJ) is a major national and international center for scholarly research on all aspects of policing, delinquency, crime, and criminal justice administration. This provides a basis for its educational programs that also fulfill public service obligations by helping to address the needs of criminal justice agencies within the city, state, nation, and world.

Based at Rutgers University in Newark, New Jersey, SCJ’s faculty includes some of the top scholars in the field, and the Ph.D. program in criminology has been ranked fourth in the nation by U.S. News & World Report. The doctoral program continues to set the standard for doctoral training, and SCJ’s graduating students are highly sought after by universities recruiting new faculty. All of the degree programs offered by SCJ provide classroom as well as research opportunities that prepare students for positions in research, teaching, and criminal justice system management and policymaking. For more information on the school, please visit www.rutgers-newark.rutgers.edu/rscj.